The European Commission created the Descartes Prize for Research in 2000. This was complemented by a new Descartes Prize for Science Communication in 2004. In 2006 the four laureates from the HydroSol team was awarded the prestigious prize for “Excellence in scientific collaborative research”.

This prize is awarded to a team of researchers who have achieved outstanding scientific or technological results through collaborative research in any field of science, social sciences, humanities and economics. 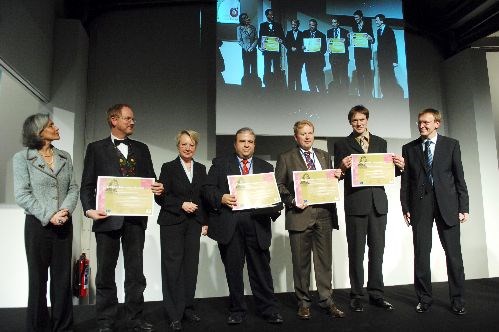 Persons from left to right: 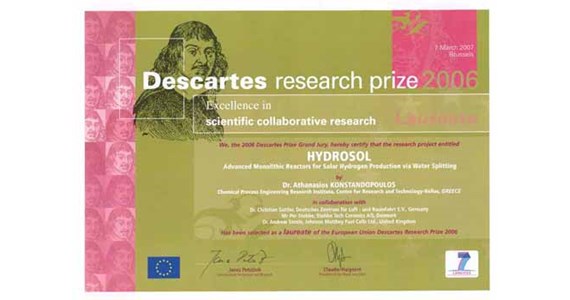