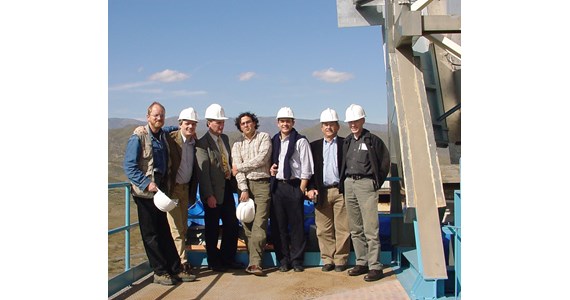 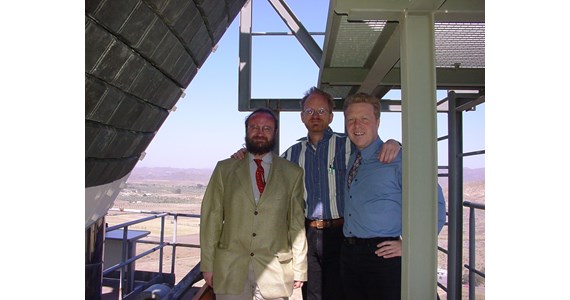 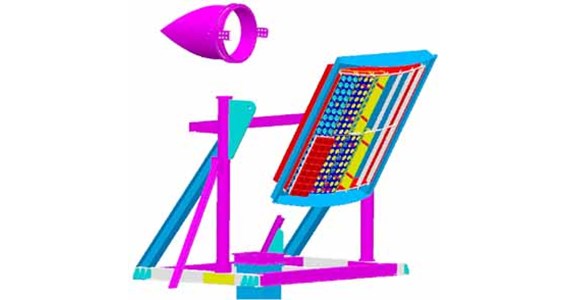 We all appreciate the EU ambition about assembling a variety of professionals for visionary mutual development. The R&D we all participated in really made sense. If no none takes chances nothing is achieved!

It was the objective of this project to develop and demonstrate a new air Volumetric-Receiver technology based on the good HitRec project results. Which was Silicon Carbide ceramic VR units resulting in improved reliability and performance with reduced component costs for better performing solar tower power plants. A expectation originating from the success of the Volumetric-Receiver technology was to qualify the innovative receiver design. Used SiC ceramic materials for the experimental VR unit (now increased to 200 kWth - SolAir200). Hereafter to demonstrate the technology in yet a scale-up test receiver system (3 MWth - SolAir3000) on the 90 meter high CESA tower at Plataforma Solar de Almeria in south of Spain. 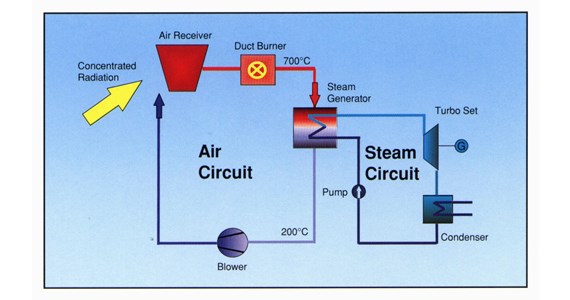 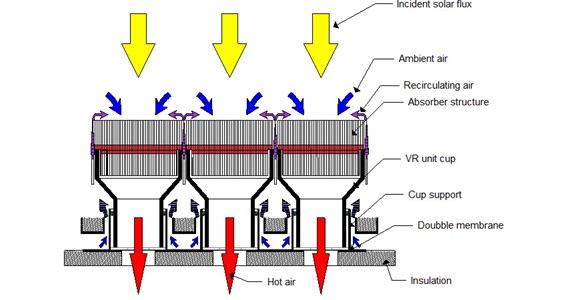 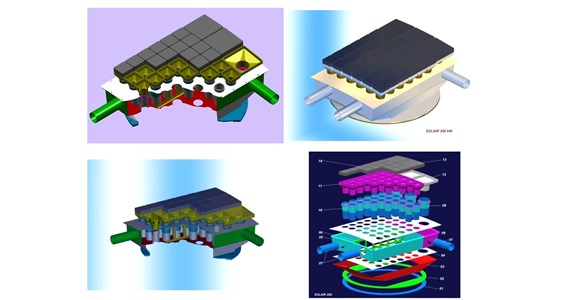 The three CAD drawing show the principle where the use of AIR for exchange of energy is one of the key element. The double membrane VR units support is kept of low cost steel by advanced cooling with the recirculating air. 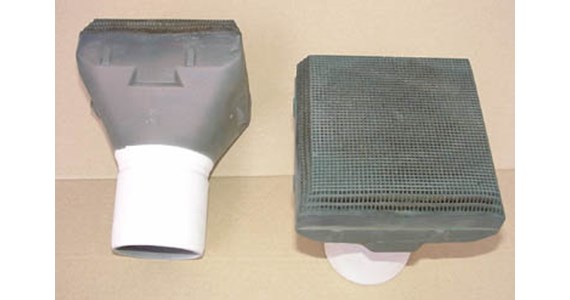 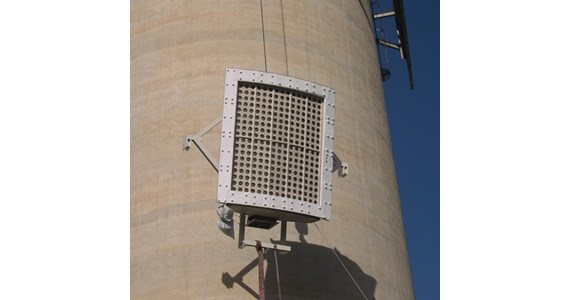 receiver support in the air 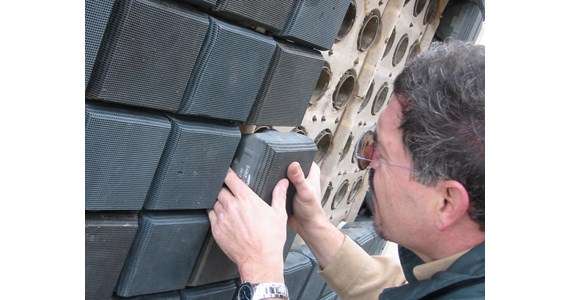 The European Community (EU) partners covered all the sector's involved in / needed for the R&D project for the advanced air Volumetric-Receiver composed by:

This fantastic project project was sponsored by the EU commission under FP5 – “Energy, Environment and sustainable development” with the EU scientific officer Dr. Philippe Schild - and the partners. 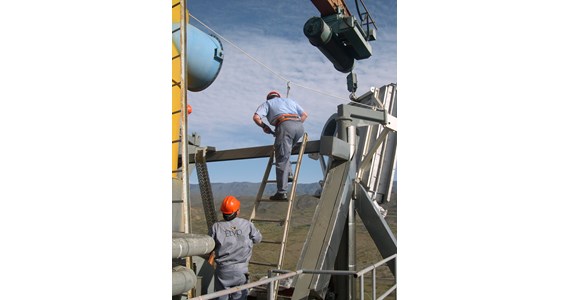 receiver to be mounted 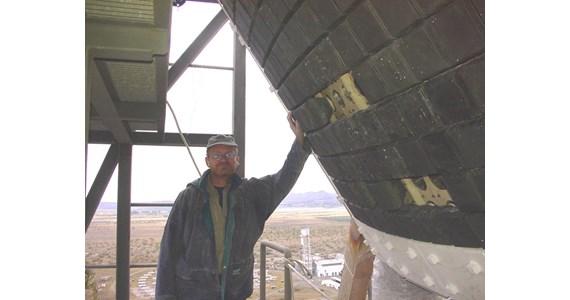 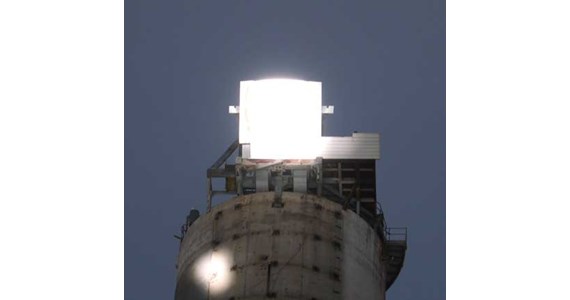